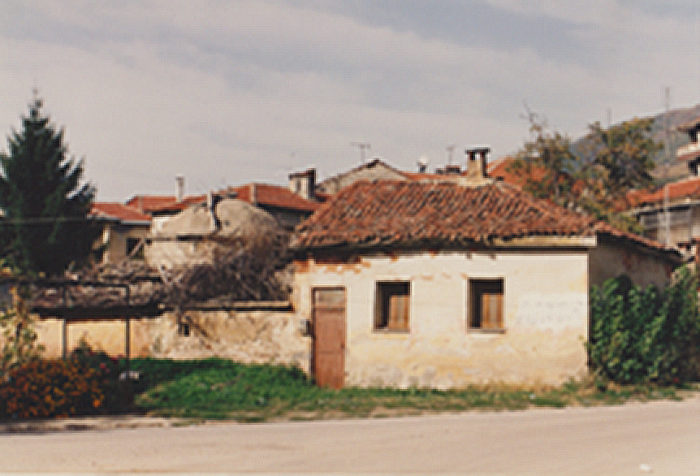 Traveler Evliya Celebi reports that in 1661 there were two baths in the city of Florina. A bath was on today’s Constantine Palaiologou Street and was demolished during the interwar period (Dimitriadis, 1975). The second bath is what we see and was in operation until 1958 (Meaksis, 1994). The city of Florina, until the beginning of the 20th century (1912), was under the Ottoman domination. It was a multinational city with a strong presence of the Muslim community until 1924.

The baths (hammam) is an indispensable element in the daily life of a city inhabited by Muslims. It serves basic hygiene needs, it is a place of rest, fun and entertainment, especially for women who have little opportunity for social life. Muslims go to the bath (steam bath) at least once a week, especially at times when there were no baths in the houses.

Architectural features:
The Ottoman bath was built in three time periods:
– late 16th c. – beginning of the 17th century: the original department was built.
– 19th century: there were interventions on the walls
– early twentieth century: a single-storey dressing room was added to the bathroom.
Central core: dimensions 640X495 cm.
Warm room: dimensions 345Χ348Χ462 cm.
Cauldron space: dimensions 150 ως 200 cm.
Ηemispherical dome: Ιt is based on four halves, which are in the corners.

Inside the bathroom: On the three walls there are 3 fountains, while in the fourth (SE) there is a recess with arch, probably the original entrance. There are two niches in the northwest and the northwest wall. In the SW wall there is a small opening to control the water level in the cauldron.
Individual bathroom (dimensions 150X160X284 cm) and anteroom (dimensions 153X220X292 cm): SW of the central core. The antechamber has a 5-hole dome for lighting needs. Outside the building, on the NW side, the ruins of space for the fire supply are distinguished (Oikonomou, Papagiannakis & Stoyos, 2013).

Construction materials:
Masonry: carved and irregular stones, baked briquettes and a mixture of lime, sand and water.
Institution: masonry with roasted bricks and stone, while the floor consists of 12 large marble slabs.