Area: In the center of the building island, defined by Eleftherias Avenue and the streets of Democracy (today’s King George) and Venizelos (today, 25 March). 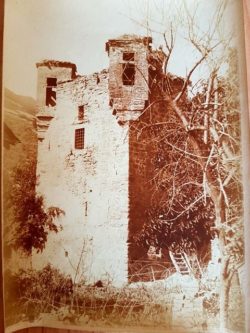 The Tower (Koules) is a defensive building in the properties of rich landowners, built during the Ottoman period. These tower-houses, dating back to the 18th century, are characteristic of several areas of the Balkan area. They usually have a square plan and are built in contact with the main residence (Oikonomou, Papayannakis, Stoyos, 2013: 26).

At Thrakis Street, in Arnaoutiko Mahala, opposite the mufti’s house, there is a tower, “a large house, well built, inhabited by Albanian nobles who probably had fields in the neighboring plain. Their fields were cultivated by farmers who lived in the district that we still call Tsifliki “(Cohen, 1920: 111, as mentioned in: Kaskamanidis, 2006).

The height of the tower was about 10 meters. Although the base of the tower was about 50 square meters, the interior was small because it had thick walls. The tower was two-storey and above it had the loopholes. At every exterior corner of the building there was a turret, protruding, as in the middle of the two largest sides. The turrets were six and with the central curb in the middle of the building, the turrets were seven. To climb the stairs of the tower he passed through the very small entrance door leading to an internal stone staircase. The ceilings on the two floors formed a dome, made of solid bricks. The tower had solid foundations, made of stones and lime mortar, sand and eggs (Mekasis, 2013).

The building was demolished during the Interwar period (around 1930).

Construction materials:
Masonry: Aluminum structure with strong synthetic plaster and two-layer coating (clay and plaster) on the inside.

The walls have a thickness of 98 to 104 cm and inside there are hidden horizontal belayments per 3 m. 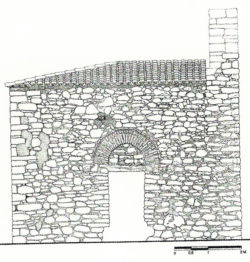 Entrance: External side with horizontal wooden top and semicircular arc made of bricks. On the inside there is a pinhole bow. 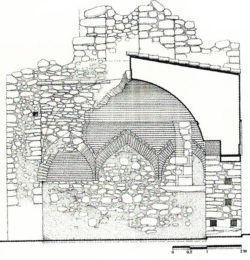 Dome: It is made of bricks and is covered with Byzantine tiles. On the inside there is a stone staircase leading to the upper part and the roof is covered with stone slabs.(Oikonomou, Papayannakis & Stoyos, 2013: 26-29).

The third towerhouse was located west of the district of Kiaip Ali, where the Agricultural School is now located. [Kaskamanidis, I. (2006)]